Adrian Fahrenheit Tepes often referred to as Adrian Farenheights Tepes, more popularly called Alucard (arukado Arukado?), is the Dhampir child of Dracula. Although he first appeared with Castlevania III: Dracula’s Curse as a supporting character Alucard was revived as the main character in Castlevania: Symphony of the Night the most well-known character. As the child of an unnatural connection between Dracula and an human woman named Lisa, Adrian had special capabilities and was meant to be more powerful than human being, though not stronger than his father. After Lisa was murdered, being misinterpreted as witchcraft, Adrian grew up under the guidance of his father. From there, was taught the dark arts and was molded into the warrior that would eventually fight on the evil side.

There are no reviews yet.

Be the first to review “Alucard Glasses” Cancel reply 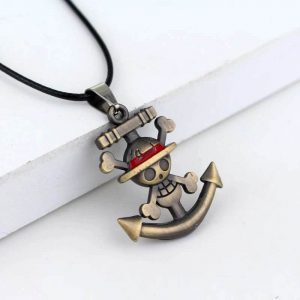 No Game No life Keychain